Her insistence not to point fingers without evidence that the military has been responsible of arson, rape and murder against the Muslim minority group suggests that she is either unwilling or unable to confront them directly 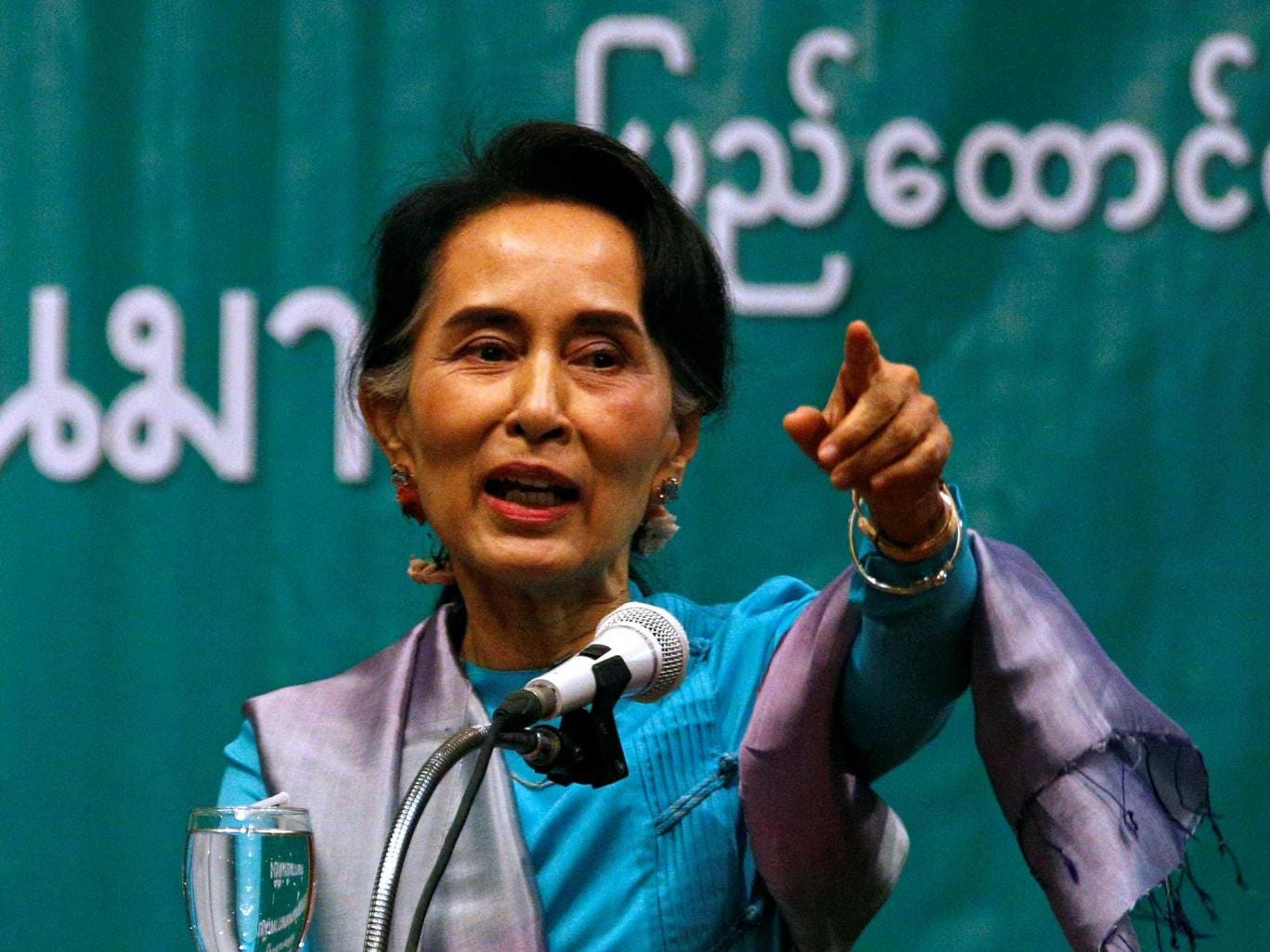 On 9 October, nine police officers were killed in Rakhine State, Burma. While the motivation and identity of the attackers remains unclear, the Burmese military responded with a series of operations against Rakhine’s Rohingya, a persecuted Muslim minority of approximately 1.3 million, blurring the lines between counter-insurgency and ethnic cleansing. Amid reports by Rohingya refugees and human rights organizations of arson, rape and killings, the lacklustre response of Burma’s state counsellor and Nobel Peace Prize winner Aung San Suu Kyi has been criticised by media and human rights groups.

While Western governments and media alike have praised Burma’s transition from military to civilian rule, Aung San Suu Kyi’s National League for Democracy’s overwhelming victory in last year’s election merely overshadowed the fact that anti-Muslim sentiment remains pervasive throughout much of the country. Tensions in Rakhine in particular remain a festering wound in the country’s multi-ethnic society. And while the government appears to have reined in the Buddhist-nationalist Ma Ba Tha movement, which had heavily agitated against Muslims and the Rohingya in particular, the NLD has adopted the military’s narrative of the Rohingya constituting ‘illegal immigrants’ from Bangladesh.The status of the Rohingya is at the heart of the question of who is Burmese and who is not, and of how the majority Burman population relate to a range of ethnic groups, many of which have fought long-running wars for autonomy or independence. Whether the Rohingya originate from Rakhine remains disputed. During military rule, Burma’s junta fiercely denied that the Rohingya were anything but illegal immigrants, effectively rendering them stateless.

The Tatmadaw, as Burma’s armed forces are known, remains largely autonomous, and its relationship with Aung San Suu Kyi and the NLD is far from clear. Under the 2008 constitution, which cannot be changed without the military’s approval, the army holds the ministries of defence, home affairs, and border affairs. In the context of the current violence, the question arises therefore of to what extent the civilian government is able to control the military?

On the one hand, Aung San Suu Kyi acknowledged the allegations against the military. But while she confirmed the launch of official investigations, the military reportedly has failed to answer the government’s questions related to the current violence. Moreover, in the face of hundreds of Rohingya fleeing to Bangladesh, her insistence not to point fingers without evidence suggests that she is either unwilling or unable to confront the military directly.

However, even allowing for these constraints, solving the current crisis, and alleviating the plight of the Rohingya more broadly, is both a moral and strategic imperative.

After years of military rule, corruption, armed conflict and mass human rights violations, Burma must continue the process of firmly establishing the rule of law, both to promote economic growth, but more importantly to lay the foundation for a functioning society. It is difficult to imagine this process succeeding without addressing the question of a national identity, and whom this encompasses.

Simultaneously, Aung San Suu Kyi has tried to reinvigorate the peace process with a number of insurgent groups. While no more sympathetic to the Rohingya than most Burmese, these groups remain deeply suspicious of the military, and may well conclude that time is not yet ripe to lay down arms. Vice versa, though highly unlikely for the foreseeable future, progress on the Rohingya issue would send a strong signal to other minorities that Burma will be able to accommodate them.

Finally, the current situation in Rakhine provides fertile ground for the spread of radical Islam. While the government in Burma may have called the existence of radical Islam prematurely – and the perpetrators of the October attack are currently unknown, there is no doubt that the threat is real. Neighbouring Bangladesh has suffered a number of attacks linked to the Islamic State, and Southeast Asia has proven a successful source of recruits.

For the international community, finding an adequate response will be equally difficult. Against the background of Burma’s transition, the lifting of sanctions was not premature, but rather a crucial factor in convincing the generals to embark on the road to a civilian government.

There is very little cause for optimism regarding the situation in Rakhine. Attitudes change slowly if at all, and while the military continues to brutalize the Rohingya, Bangladeshi authorities on Wednesday announced they were seeking to return an estimated 2,000 refugees who crossed the border in recent days and weeks.

Policy options for the West are limited. Active interventionism may trigger a backlash from the military. Depressing as it may be, the most constructive course of action for now may be to support the launch of an independent investigation, as suggested by the UN, and to carefully weigh the options for diplomatic and economic pressure while continuing to offer any possible assistance with regards to establishing the rule of law and respect for democratic values.