Bangladesh today released a French aid worker, an official said, months after he was arrested in the country’s southeastern resort district of Cox’s Bazar for allegedly helping Myanmar’s Rohingya refugees. 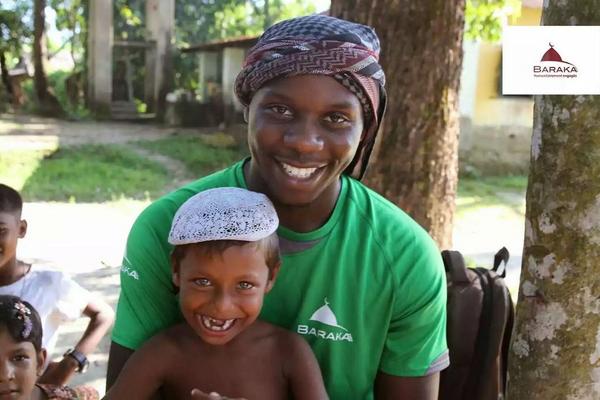 Police arrested Moussa Tchantchuing, also known as Moussa Ibn Yacoub, on December 19 on charges of “suspicious activities”. He was later also accused of a “criminal breach of trust, cheating by personation and abetment”.

“He was released from Cox’s Bazar jail this (Tuesday) afternoon after he was granted bail by the High Court,” deputy jail chief Arpan Chowdhury told AFP by phone.

French embassy press attache Shakhawat Hossain told AFP that he was freed “after 70 days in jail on condition that he cannot leave Bangladesh territory without the prior permission of the judge”.

Tchantchuing had come to Bangladesh and neighbouring Myanmar to help the Rohingyas, according to the non-governmental organsiation he worked for, BarakaCity.

Rohingya, who are mostly Muslims, have long been denied citizenship in Buddhist majority Myanmar. In recent years, they have fled violence and persecution in Myamar’s Rakhine province for Cox’s Bazar in Bangladesh and other South East Asian nations.

BarakaCity confirmed on Twitter the release of Tchantchuing, 28, which came after a petition was launched demanding he be set free.

Although he was granted bail on one of the charges in January, his release was halted after he was accused of using a different name than that in his passport, court inspector of Cox’s Bazar Jamal Uddin had said.

“His name in the passport is different from the name he now uses.”

Once prisoners are freed on bail in Bangladesh, they are seldom called back to prison.

Bangladesh, which shares a long border with Myanmar, has discouraged local and international charities from aiding hundreds of thousands of unregistered Rohingya who have taken refuge in Cox’s Bazar and other parts of the country’s southeast.